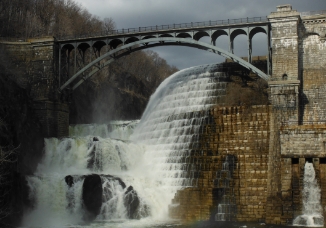 Railroad workers' rights took a hit this week when a federal appellate court reversed the decision of the Administrative Review Board in Bala vs PATH.

The Third Circuit Court of Appeals, reversed the ARB decision, which protected a workers right to follow doctors's orders. This was one of the 13 ways of triggering the Whistleblower protections of the Federal Railroad Safety Act (FRSA). You can download the decision here.

Bala vs PATH was the 2013 decision that prevented a carrier from disciplining an employee who was following doctors orders, regardless of whether the underlying condition was work related or not.

The reversal means that in those courts within the Third Circuit, only a doctor note pertaining to an on the job injury gives protection to the employee.

Concussion at home when something falls from the garage shelf, making you dizzy? Not excused.

Stomach bug has you throwing up? Not excused.

These absences can still be counted for purposes of attendance policies. This means that workers can be disciplined for absences when they follow a doctor's order not to return to work. This will have long term ramifications as well as immediate.

Worker's currently suing the railroad in the affected courts for such an issue could see their whole cases invalidated.

If you think your claim will be affected, speak to a railroad lawyer right away.

However, going forward, there are a couple of responses or workarounds that workers and their union reps can use.

Response one: Is the health issue a safety hazard?

The first is to determine whether by reporting his health issue and following doctors orders he is really reporting a safety hazard.  In other words, ask the doctor to comment on whether the treatment (physical or medication) or condition itself, make the employee a danger to himself or others on the job. If so, it is a safety hazard. This takes it out of Section (c)2 at issue in the ruling and puts it into section (b) which has no work related qualification.

Response two: Is the underlying health issue related to work?

The next consideration is whether the doctor relates the underlying condition to work, even if it isn't a problem that necessarily would give rise to an FELA claim (I.e. it wasn't railroad negligence), but is work related injury nonetheless. This takes care of the concern raised by the court in the decision. For example, did you just lose your footing while walking across tracks? Maybe you shut your hand in the door or were hurt in a car accident on the job. Assume none of these are the railroads fault. Where they nonetheless give rise to injuries which are work-related, doctor notes can protect against discipline.
On a related note, this is only the first court to rule on it, and there are cases in the 6th and 2nd circuit percolating too, so a US Supreme Court showdown is coming, but likely a couple years off.
I just wanted to comment on the decision since it will inevitably result in changes. For example, I can envision modification to recent policy changes at some railroads on doctor excused absences to include a modification allowing notes for job related injuries only.
If you think this decision will affect a claim you have made or were contemplating (remember, you only have 180 days), take all your claims and concerns to a railroad injury lawyer. Even if you think the ruling means you no longer have a claim, let the attorney put it into perspective during a free consultation.
If you think you have a whistleblower claim affected by this decision, click to ask the advice of a railroad attorney.

You can read the entire Bala vs PATH decision yourself by downloading it here.

Topics: FAQs on the job injuries, Rights of Railroad workers, whistleblower, reporting safety concerns, how much is my case worth?