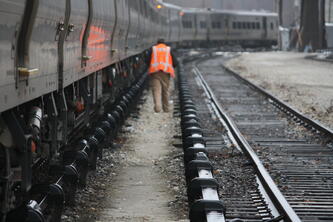 In the wake of the death a Metro-North worker, the Federal Government has finally confirmed the cause of Metro-North's drastic fall from grace - performance at any cost, even human life.

Just four days after James Romansoff, an 8 year member of the MNRR 3rd Rail department was killed, the Federal Railroad Administration found that the railroad prioritized on-time performance over everything else, including safety. Mr. Romansoff was part of a crew restoring power to tracks that had been closed for weekend maintenance when he was hit by a train traveling on the Harlem Line from Grand Central Terminal to Poughkeepsie. He was taken to Mount Sinai Hospital, where he was pronounced dead. The report did not even include the details of this most recent death.

In this post I'll offer my perspective as someone who has worked closely with Metro-North workers for more than 15 years and has seen the railroad put efficiency above safety, time and again.

The 31-page report is available for download here. The report is a stark revelation of how widespread the lack of safety has become, including an inept safety department.  Pulling no punches, the FRA stated, “The overemphasis of on-time performance has had a detrimental effect on safety, adversely affecting the inspection and maintenance of track and negatively impacting train operations.”

As any employee can tell you, the daily touting of on time performance statistics has created an intimidating force, sublimating safety.

“Interviews and observations by FRA during the course of Deep Dive indicate that safety on Metro-North was routinely overshadowed by its emphasis of on-time performance. Employees across all crafts expressed concern with this emphasis, and further expressed the view that, while their individual safety is important, the need to maintain on-time performance is often perceived as the most important criteria.” This is precisely the type of concern that gives rise to whistleblower claims under the 2007 amendments to the FRSA. You can read more here in my blog, 10 Reasons You Might Have a Whistleblower Claim Against the Railroad.

With regard to safety culture, the FRA observed, “Currently, no single department or office, including the Safety Department, proactively advocates for safety, and there is no effort to look for, identify, or take ownership of safety issues across the operating departments".

With no advocate for safety, is it any wonder that Mr. Romansoff was killed?

Has no one noticed that the EEP System, that was so proudly announced as going into effect on March 1, at Metro-North did not work at the time of the death on March 10?  The workers had been turning on power after the replacement of part of a switch.   The railroad's spokeswoman Marjorie Anders said to the press, “The track work itself had been completed. The EEP system was in place.”

Notice the careful word choice. System in place does not mean the system being used by this crew. Ask the work gang if they knew of EEPS, including their supervisor. I will save you the trouble - they did not.

The federal report went on, “An effective Safety Department working in close communication and collaboration with both management and employees is critical to building and maintaining a good safety culture on any railroad. Metro-North’s current safety culture fails to create a positive and productive environment that encourages safe operations, and the Safety Department is ineffective as a proactive safety advocate.”

Joseph Giulietti, Metro-North president, responded in a statement, saying "Safety was not the top priority. It must be and it will be… Again, there is a problem with the culture. As I’ve learned in the last month, it’s not just a problem with one or two departments. Culture develops over years. And it will take time to change culture as well."

Sadly, it has taken five incidents in one year, three of them causing death, to bring this revelation.  Make no mistake, actual and threatened retaliation against workers who speak out for safety is alive and well at Metro-North.  Some of the retaliation comes in the most insidious ways, including belittling comments, overtly unbalanced work assignments, manipulated overtime, targeted rule enforcement, bogus discipline charges, you name it, I have clients who have endured it.

The MTA has until May 17 to submit a safety plan, and the feds plan to meet with Metro-North officials next month to begin planning.

What concrete efforts do you think MNRR should make? 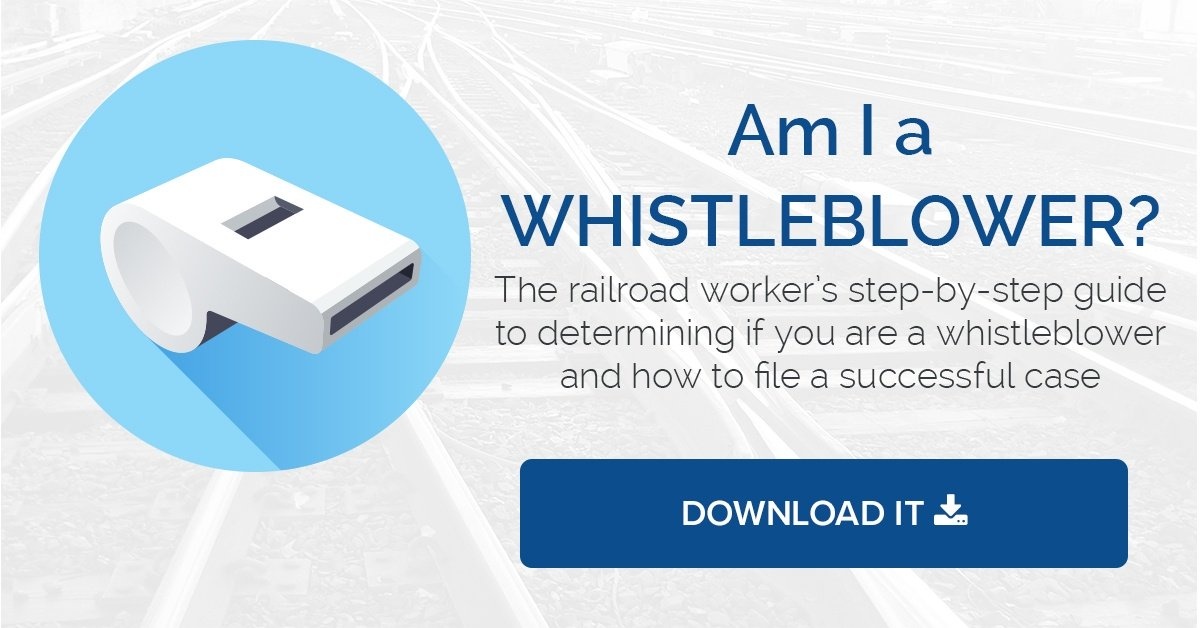