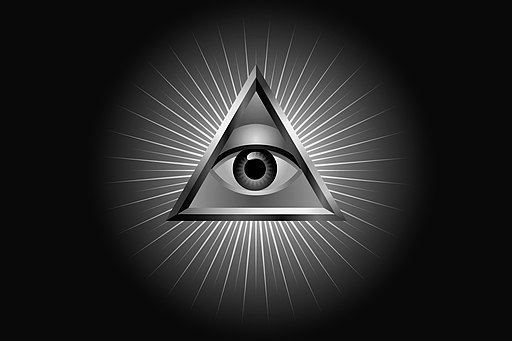 Our first meeting will always include me collecting your links to social media accounts so I can find out what the railroad already knows about you. Here is your first warning: Do NOT post about your injury. I’ll say it again - NO social posts about your injury. Not pictures of your cast, not messages about your recovery - nothing. There is no good that can come from it.

One night I happened to be on Twitter around 11:45 pm when a client posted, “Gonna see my money man tomorrow, my lawyer’s gonna get me some bank!” Knowing how that could be used against him in court, I called him at 11:46. He picked up and said, “Hey, I was just thinking about you!” I said, “I know because I saw it on Twitter. Now pray no one else saw it.”

He got away with the unforced error, but you might not. You can never truly delete a social media post. Attorneys for the railroad commonly ask me to enter commands in Facebook that generate a PDF containing every post my client has ever made, deleted or not. I always fight this request and usually get my way, but it all comes down to the judge.

This admonition includes DMs, Facebook Messenger, emails, text messages, instant messages, Snapgram, Instachat, MySquare, YourSpace, Tiks and Toks. All of it. If you send it, it is in the Net forever. Account scrubbing is the stuff of Hollywood myth or exceptionally large bank accounts.

What You Should Do: From the moment you get hurt, assume you’re being watched. Don’t make your injury part of your online life.

They’ll follow you from place to place and hide in a car down the block, watching. They’ll take hundreds of photos using digital cameras that can shoot ultra-clear images from long distances. They will use HD video to zoom in. They will make audio recordings of conversations with your spouse’s employer. (True story.) They’ll do it for hours on end, days on end, waiting for you to make a mistake.

One railroad hired a former military serviceman with survival training to climb a tree in the woods near my client’s house and videotape his movements. The railroad eventually got the clip they wanted -- showing my client walking around comfortably. Of course the private spy didn’t bother to film the other hours of activity showing my client limping. It was the equivalent of self-editing on the fly to tell a deceptive story.  Remember, perception becomes reality.

I raised that hypocrisy in the trial and the jury understood, but you can’t be too careful. Assume what you’re doing when you’re in the yard or out in public is being recorded, and don’t give the railroad any ammunition.

What You Should Do: Don’t be a hero. Live within the restrictions set by your doctor. Yes, it is frustrating and confining. It may be tempting to pick up those heavy groceries for your wife, but that moment of chivalry will be costly. A smart lawyer makes that frustration an element of damages at trial, where you explain how it feels to be helpless, a slave to your injury.

Once upon a time, the legal thinking was that a property owner controlled everything “from heaven to hell,” meaning from the ground all the way down and up into the sky above. Decades worth of federal air regulations have since changed that. Now, anyone can buy a camera-carrying drone from a hobby shop and fly it above your home, the same way a helicopter could.

In the eyes of the court, whatever is in view from public property is fair game. An investigator launching a drone from the sidewalk and shooting your property is therefore covered. Is this kind of drone use by railroads common? No, it is still the exception. Yet it’s inexpensive and effective, so it’s growing steadily.

Far more typical is the use of cleverly hidden cameras embedded in everyday items we wear or carry. An investigator with a camera hidden in a pet carrier filmed a client with a shoulder injury pulling a bulky vanity off the shelf at Home Depot. Upon checking with his doctor, I learned that he was lifting 85 pound weights regularly in physical therapy, so I was able to show the jury that there was nothing nefarious about him moving the 70-pound item at the store.

That was a harder case to make on behalf of another client with a shoulder problem who was filmed doing pull-ups in the local park. His credibility was destroyed, and a $600,000 case was instantly worth half of that.

What You Should Do: Again, don’t have a moment of weakness (or uncommon strength) that can be recorded. And if you see a drone hovering overhead, sit under your umbrella and ignore it.

Something else you should do? Reach out and schedule an appointment to talk about your case - as soon after you are injured as possible. Together, we can avoid case-ending mistakes like these and make sure you are fairly compensated for your on-the-job injury.