Can The Railroad Conduct Surveillance On Employees? 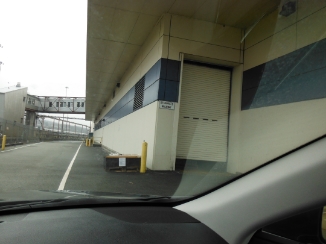 So you're out of work on an injury. You go back-and-forth to the doctor’s offices. You go back and forth to the pharmacy. But there are lots of hours when you either sit at home or try and live as much of a normal life as you can. Did you ever consider that the railroad had someone following you and videotaping your every move? Because it happens more often than you realize. Eavesdropping and surveillance of employees by the railroad is common practice.

At first blush, it feels like a complete invasion of your privacy. But when you understand that the railroad begins from a position of distrust, you come to understand why they do it.  The railroad is trying to collect proof of you doing something which you or your doctors have said you cannot do.

Sometimes, they have caught a guy red-handed, like a worker doing pull-ups when he said he could not raise his arm above his head.

Other times, they have tried to make it appear that he was doing something he should not, like when they took video of my client in a Home Depot lifting a bathroom vanity. They made 3' x 4' blowup diagrams and were prepared to show them at trial, until I showed the jury that what he was lifting actually weighed less than what he was lifting in physical therapy.

Or there was the client who was a coach for his daughters softball team who they tried to say should not be able to throw as a result of his back injury. What they didn't realize was the ball he was throwing weighed almost nothing because it was a practice ball made of foam.

Yes. The railroad can conduct surveillance on employees. However, while it's permissible (and admissable in court in some instances), if it gets to the point of being harassing, your lawyer should be able to step in and address the situation. However, many times what you think is harassment is really just rude and intrusive, without being illegal. Essentially, anything that can be seen from outside on the street, whether into a backyard or through a window, is fair game.

Can the railroad hire a private investigator to investigate me?

Yes, the railroad can hire someone to investigate you. I have had videos taken while sitting next to my client at a bar, through a living room window, and while driving on a 25 minute trip. All of that is fair game. Reviewing the surveillance can be essential to preparing the case. By knowing what the railroad will argue, you can disarm the situation by bringing out any damaging testimony first.

In short, the railroad is permitted to follow you. But if you are aware that they are following you, it is also fair game for you to testify at trial about that experience. In other words how did it make you feel to have your employer following you during your private time acting as if you were a stealing cheat? There is almost always more to the story than meets the eye in the surveillance video. Knowing how many hours of surveillance there were and how much was actually captured on tape can be very valuable information too.

If you think surveillance is being used as part of the defense of your claim, call your lawyer and discuss what you have seen.