Why the quick cash could leave you poorer in the end. 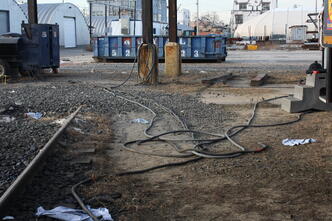 Your accident seems straight forward. You think you know your injury. You’re relatively confident you won’t need more medical treatment. You want to make up for your lost wages and pain and suffering, as quickly as possible. The railroad claim agent has said, "Give me a chance to settle with you before you get a lawyer."

In this blog we’ll look at why giving the railroad a chance to quickly settle your claim could leave you poorer in the end.

You don't know how long you’ll be out of work.

Or how long it will take to recover from your injury, until you try to go back to work and are able to stay there.

Before he came to me as a client, a track inspector injured his hand on the job. He was eventually cleared by a physical to go back to work. Only when he returned he found he couldn’t grip the eight lb. hammer for knocking spikes back in. The hammer kept flying out of his hand and he had to go back out of work, and retire 2.5 years early.

You don’t know how this injury could affect your future employment.

If you can't return to work with the railroad, you need to find out how this injury affects your ability to get another job.

One of my clients, a truck driver for a railroad, suffered a back injury when his truck got hit by a runaway train. The injury required back surgery. After surgery, he discovered he could no longer sit in a truck (with the rough ride you get in a boom truck) nor could he climb in and out of a vehicle like that. As a result, he had to leave the railroad and had to take a job that didn’t require getting in and out of a work truck. He ended up with a job as an inspector for a stair company making half the money he did on the railroad, and with no pension.

Here's another example of how an injury can affect your future employment.

A premature start to your claim can leave you empty handed at the negotiating table.

Before you flip the switch on your claim (which sends the railroad scurrying to build its case against you) get informed and armed for the process. Find people who have similar injuries. Gather evidence and witnesses to support your injury claim. Talk to a railroad attorney and get some free advice.

My response was, “Gosh, you really shot yourself in the foot, because you stopped anyone from being able to come in and help you now. Without understanding all of the details that go into figuring out how your case is actually worth, you’ve already established how your claim will be seen. If you had just called and gotten some free advice from me (or any FELA attorney) you could have still gone on and filed your own claim, but you could have done it with the benefit of that knowledge.”

Was this guy’s injury a muscle sprain or something more serious like a herniated disc, which requires surgery? He didn't know. What I said to him was – if you don’t know your injury, how could you possibly negotiate the right value? Talk to any FELA attorney BEFORE you file a claim. You don't necessarily need a lawyer to file your own FELA claim, but get a breakdown of how to start negations, because there is a formula and a rhythm to it. Then you’ll have the power to represent yourself against the railroad when you file your own claim.

Topics: FAQs on the job injuries, Basic steps to filing a fela lawsuit, how to file your own injury claim