On Railroad, What You Don't Tell Your Lawyer Can Hurt You 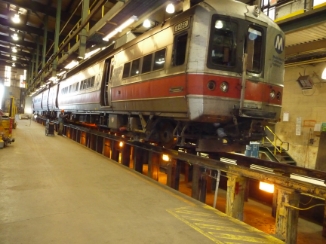 Should I tell my lawyer?

The attorney-client relationship is a special one. Your railroad attorney is one of those people who needs to know your dark secrets and embarrassing history. (Like a doctor, your lawyer is required to keep it private.) Only by knowing what can be used against you, can your lawyer protect against the bias that such information can bring with it.

For example, I've had the railroad try and smear my client at trial by asking irrelevant questions about a DUI conviction from years before the accident. Because my client had already told me the details, I was able to show the jury just how ridiculous it was for the railroad to be bringing it up a trial.

In this post I’ll give you two examples of how being open and honest with me helped some of my past clients succeed in court, and one example where what the client kept from me meant a lawsuit doomed from the start.

In all these examples I’ve changed details and left out names to protect the individuals because, what you say to your attorney, stays with your attorney.

Remember these examples if you find yourself in a position to sue the railroad for an on-the-job injury or a whistleblower claim.

Prior to his career on the railroad, my client was AWOL from the Army for nine months. Because I knew about it I was able to get an order from the court making the subject off-limits at trial. After all, he had worked for the railroad for 25 years after receiving a discharge from the military.

Then there was the client who asked me, very innocently, if I thought it mattered that he had served seven years in prison for aggravated robbery. Apparently the company didn’t do any type of background check on him before he was hired. Tell your lawyer if you have any previous history with the law.

Finally, there was the client that failed to tell me that he had filed for disability from the fire department before going to work for the railroad. He listed his injury as the precise injury which he was claiming at the railroad. In addition, he never told me that during the period he was out of work, he had applied for a drag racing license which required his doctor to sign a certification that he had no disabilities. Needless to say, both of these things were deal breakers. They meant the end of his case.

The point is, even if you think that some damaging fact in your history is irrelevant, the railroad will try and bring it up to make you look bad. And the sooner you let your lawyer know, the better. Sometimes the damaging fact is so bad that it doesn't make sense to waste time and money on a claim which you know will be undercut in terms of facts or credibility.

The more you tell your lawyer, the better. You’re on the same team and it takes a team effort to deal with any weaknesses. Even if it's just a matter of bad blood between you and your supervisor, knowing that kind of information can change your the lawyer asks questions of witnesses.

A few things you shouldn’t keep from your lawyer:

If you find yourself asking any of the following, know that the answer is YES.

The last person you want to be surprised in court is your attorney. Keeping information about your case or your past from your attorney because it’s unsavory or embarrassing (or maybe you think, irrelevant) can directly result in you losing your case in court.