Contrary to what you might think, a deposition is not conducted in a courtroom. Instead, most of them take place in law offices of either the plaintiff’s attorney (that’s your lawyer if you’re suing the company) or defense counsel (the company’s lawyer). But don’t let the setting misguide you - this is a legal proceeding, and so it’s something you should take seriously.

Before a deposition begins, an oath or affirmation is given to the witness, and every word that is said following the oath is recorded by a court reporter. That means anything you say during the deposition is considered sworn testimony and can be used in court.

Know this: You won’t win your case during depositions, but you can potentially lose it at this stage.

Here are a few tips to ensure you don’t commit a serious mistake during your deposition.

During your deposition you must only testify truthfully. If your attorney in any way suggests you testify untruthfully during your deposition, you need to fire him or her immediately. Not only could this terminate any valid claim you have, but that attorney is breaking the law, and so will you. Lying under oath is perjury, which is a crime.

(And never ever lie to your attorney. In fact, tell your lawyer everything good and bad about your claim because what he doesn’t know he can’t protect you from.)

2. Take advantage of your right to answer with a range

During your depositions ranges (of distances, weights, time, etc. ) are your friends. What I mean is, you are not required to know exactly what the answer is to any question you are asked. If you estimate and give a range it keeps you in compliance of testifying to the truth, without committing to an answer that might later become clear to you as being something else. For example, if you sustained an injury falling from a platform onto tracks and the company lawyer asks you from how many feet you fell, it’s ok to give a range. Obviously, if you know the exact height say it, but the key is to not box yourself in to an answer that can later be used against you. About 12 feet is better than 12 feet if you’re not 100 percent sure.

Learn more about the basics of a FELA injury lawsuit here.

It’s perfectly ok to say you don’t know an answer if you genuinely don’t know it. It’s human nature to try and please others, and when the railroad’s attorney asks you a question your inclination might be to answer it, regardless of your memory or knowledge. The key here is to pause and not rush to an answer. This gives you time to think through your answer, and it keeps a clean transcript, because remember the court reporter is taking down every word. Estimating is ok, guessing is not.

This is very important because again it’s our nature to try to fill in gaps of silence by speaking. This can often lead a worker to volunteer information that the lawyer didn’t ask for. Let the company attorney do his or her job, and listen to the format of the question. If it’s a yes or no question answer keep your answer to Yes. or No. If the question asks for a specific number, give a range if you don’t know exactly. Or say you don’t know.

Volunteering information can not only hurt your claim, it can sometimes lead to serious consequences.

For example, I had a client who was very charismatic and a people person. He was really comfortable with anyone he spoke to and this was the same during the deposition. This client got too comfortable and started carrying the deposition like a conversation. As his attorney we regrouped during a break and managed to recover the game plan but not before the client had voluntarily - and under oath - admitted to painting for hire off the books and not claiming the income.

Having practiced for almost 20 years, not much surprises me, but this did. During the break and after consulting with the client there was still time to file a tax return on the income that was unreported. Nonetheless, this was one of those situations where volunteering information could have resulted in serious consequences for the client. If an admission like this comes out in Federal court the judge is obligated to report it to the IRS.

If you’re facing a deposition, take it seriously. Treat this session like you would a hearing in court. Don’t let nerves or people pleasing move you to say more than you should. Depositions can be a nerve wracking part of bringing a claim, but practicing with your lawyer ahead of time can help you keep calm. Having the right attorney by your side is essential, and might even keep you out of jail.

Wondering how much the railroad owes you for lost wages? Download our free calculator. 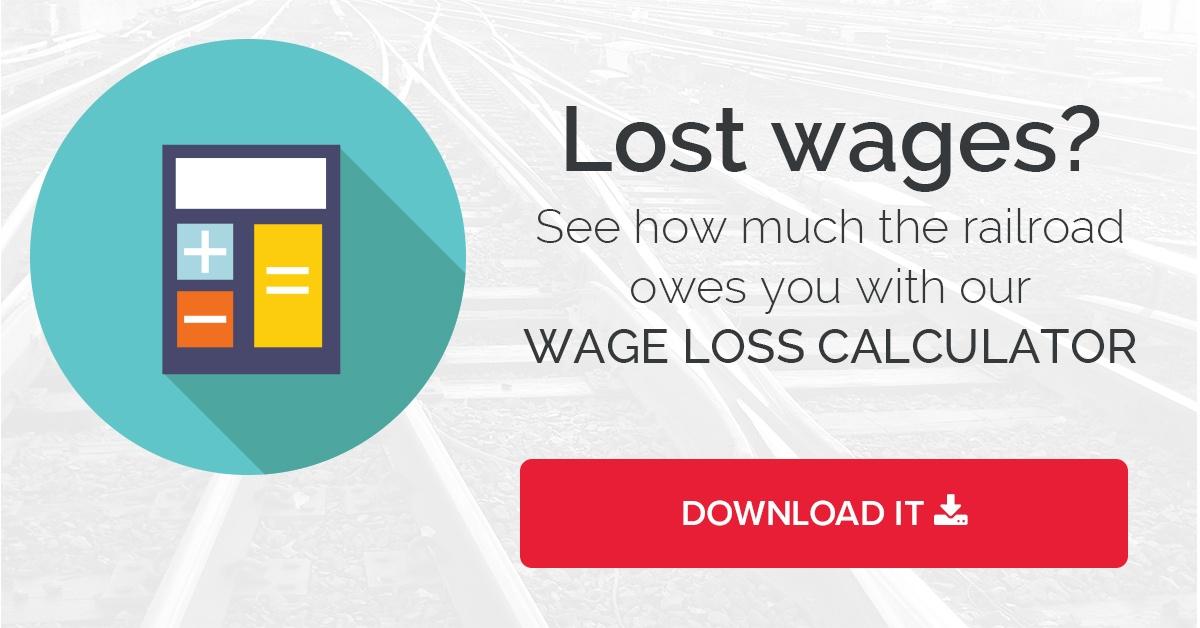