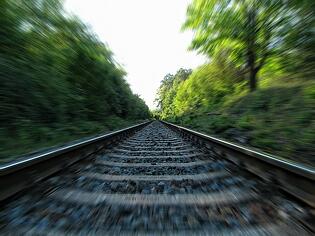 President Obama’s executive order creates Presidential Emergency Board (PEB) #245. The PEB will provide a structure for the Long Island Railroad and the unions that represent its workers to resolve their disagreements. The PEB will hear evidence and, within 30 days, will deliver a report to the President recommending how the dispute should be resolved.

The PEB will hear argument on April 21-23, 2014 in New York. The full details regarding submissions and discussions can be found here.

As we get closer to the hearings, the rhetoric will ramp up. There will be the inevitable references to unions overreaching, done in an effort to curry favor with public opinion. You will hear from the rail carrier through the media outlets about the inability to afford any raises and the need for all employees to accept drastic benefit cuts if the public is to receive continued services.

Before jumping on the union bashing band wagon, I ask you to take a moment to put the present dispute in context. First, remember that the two sides already went through this once. Both sides agreed to enter into good faith negotiations and place their dispute in the hands of a different but similar board selected by the President of the United States. Last year both sides spent considerable time and resources to fully present their positions. Both sides had every chance to tell the board what they considered important, from ability to pay to concessions they found most critical. And that first board issued a report on Dec. 21, 2013. Every compromise reached was confirmed to have adequate funding by the board.

So do you know what happened next?

The railroad ignored the board recommendations. The railroad said we want a do over. After supposedly entering into negotiations in good faith, the railroad totally scuttled the agreement.

The railroad asked the federal government to do it again. So how many times should the public trash the union while giving the carrier a pass? Apparently, at least one more.

But you know what? Most of us also don’t put our lives in the hands of our employer every day. Most of us don’t run the risk of serious injury or death on a daily basis.

Just a few of the cases I know personally, where a worker was hurt on the railroad:

These aren’t all LIRR workers. They are all real examples of railroad employees who are entitled to have a union watching their back and trying to protect them as much as possible.

So before you think that the union is being unreasonable in their position or that unions are no longer necessary, please make sure you consider the bigger picture. The railroad refused the President’s first delegation. The railroad is often times waging war against its own employees.

So when you see the propaganda about the employees being unreasonable and threatening to strike, when you hear the threats that train fares or freight shipping rates are going to increase because of the union demands, please remember you are not being told the whole story.