Will The Railroad Pay For An Injury If It’s Your Fault? 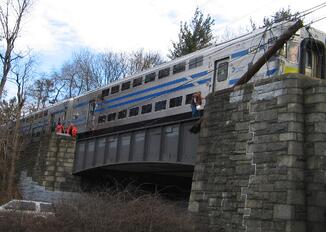 You probably know that your carrier pays workers that were injured on the job as a result of the carrier’s negligence. But what if the accident or injury was a little bit your fault?

Today we’ll explore why workers can still recover for their injuries, even when their own action was partly to blame.

If you’ve been following the blog, you know that as soon as you get hurt at work, the company springs to life to mitigate your claim, and may even do some tricky things behind your back.

The carrier might accuse you for causing your own accident –

Of course, every carrier has safety rules that say safety is every employee’s responsibility.  That includes the president of the carrier. So if the company is right about the questions above, then they too knew all of those same items.

That’s where the Federal Employer’s Liability Act, or FELA, comes in. It provides a much more complete remedy than the traditional workers' compensation system that includes a key difference:

Under the act an injured rail worker can recover all of the damages traditionally associated with a lawsuit, including all of his or her lost wages (straight and overtime) and benefits (past and future), medical expenses (past and future), pain and suffering, and loss of enjoyment of life.

For more on the difference between workers’ comp and FELA, click here for an infographic.

BUT to recover damages and lost wages under this federal statute, the injured worker must first establish some negligence on the part of the company.

So, will the railroad pay for an injury if it’s your fault?

The key here is that FELA says the carrier needs only to be partially negligent.  More specifically, FELA says the carrier’s negligence must cause, in whole or in part, even in the slightest you getting hurt. There is nothing which requires it to be the sole cause. One of those other potential causes might be your own negligence.

Maybe you could have looked one more time before crossing the track.  Maybe you could have lifted the box a bit before just yanking it off the flat car. This is the concept of comparative fault, where you share some of the responsibility for the accident.  The FELA allows you to recover for that portion that is the railroad’s fault and deduct for the portion that is your fault. So when you get hurt and have that feeling you could have done more, don’t assume that means the carrier gets a free pass, if their negligence ALSO contributed.

If you’re not sure about whether carrier negligence led to you getting hurt click here to ask a legal question, confidentially and for free.

In the end, the FELA is your only protection against the unsafe work practices that result in getting hurt on the job. Workers must understand how the law protects them - ideally before they are injured.

Beyond working carefully, railroaders should understand:
Opening up to your supervisors about safety issues as you see them is the first step toward avoiding injury. When they don’t (or won’t listen) and it results in injury, you’ll be prepared with this knowledge. If you get push back for trying to be safer, then you are confronting a potential whistleblower claim, which I have discussed separately.


To see a real life example of carrier negligence that led to one worker’s victory in court, download our case study.