An Open Letter to Law Students And Plaintiff Lawyers: Save The Trial Attorney 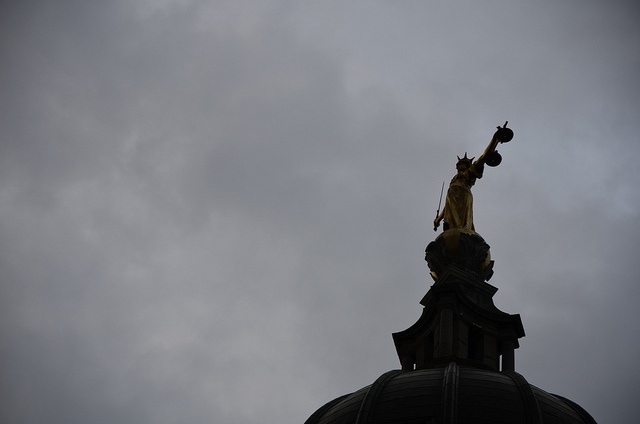 Last month I found myself standing at a podium accepting an attorney hall of fame award, and it was a little weird.

Here I was, a lawyer in a room full of lawyers, and no one understood the kind of law I practice or could relate to why I spent so much time in the last year in front of juries.

I’m the personal injury attorney no one has ever heard of. I’m a FELA lawyer. The guy who represents railroad workers who get hurt on the job, those people covered by the Federal Employers’ Liability Act. The guy who helps workers bring whistleblower claims against their employers. Though I do settle cases, I am a trial attorney who goes for verdicts.

And, apparently, I’m an endangered species.

I was at that podium because I was lucky enough to be recognized by the New Jersey Law Journal for a great year of verdicts on behalf of railroad workers, including one in particular, that led to a $3.75 million verdict. In total our firm won over $10 million in the cases we tried to verdict. The lawyers in the room were astounded at two things during my speech (not including my suit/tie combination).

One, that there is a whole area of law dedicated to railroad workers in light of the fact that they don’t have workers’comp. And two, that I had more verdicts in a year than some had had in their careers.

The reason for number two? So few lawyers are trying cases anymore.

As a profession we’ve become litigators.
People who settle.

And the railroads know it. I’ve seen it time and again. Railroads throw down settlement numbers grossly underestimating the value of a worker’s claim because they think the plaintiff’s lawyer won’t go for the verdict.

We know everyone hates lawyers, but it’s the trial lawyers who they reserve special gall for. That is until they get low balled by a company that was supposed to take care of them.

I help people for a living because I try cases for a living. I am the person everyone loves to hate until I am your best friend. I am not a litigator, I am a trial attorney. Litigation is generally all of the preparation for trial, but primarily the stall tactics used by defense lawyers while I am trying to get to trial. I take verdicts and I win because I work harder, worry more and have confidence in juries. I lose sleep every night because I worry that I might miss something in an upcoming trial.

Trial lawyers are becoming a thinning breed. I have taken seven verdicts in federal court FELA cases in the last 12 months. If you know a lawyer, ask how many verdicts she has actually taken. In this risk averse world, the people with the intestinal fortitude to allow a jury to sit in judgment are few and far between. Both clients and lawyers are scared to trust a jury.

We all need to change that.

I say jurors, collectively, are the ultimate polygraph test. A jury as a whole has a bullshit radar that is unparalleled.

Differing explanations for an injury? A jury can come to a rational resolution. Anytime there is a result that seems off-kilter, it is the result of poor trial lawyering, not juror incompetence. We have all heard of the McDonald’s hot coffee case, but how many of you actually know WHY the jury reached its correct conclusion, or what happened to the verdict after it was rendered? Once you learn the facts, how devastating the plaintiff’s injuries were, her attempts to just to have medical bills paid for and McDonald’s disregard for 700 previous burn claims, it’s enlightening. Because, in the immortal words of Paul Harvey, it’s “The Rest of the Story.”

I get low-balled by every railroad I try cases against. I’m told by every railroad that my demands for settlement are ridiculous and exorbitant. But every verdict I have ever taken in the last 15 years, except for the two I lost, has been at least double any offer on the table in settlement and more than I was asking for to settle. So who was really off-base?

So why am I telling you all this?

Because I want more lawyers to take verdicts – so railroads and defendants generally, will start appreciating the value of the injuries they inflict on all clients.

We as lawyers need to push harder and demand more, and be willing to let a jury do the right thing. I am not saying cases should not be settled, but it should only be done on terms that are fair to ALL parties, not just the defendant. Yes, it will mean we work harder as trial attorneys, but isn’t that what we agreed to when taking the case to begin with? If we can’t buy in all the way, we shouldn’t take the case to begin with.

So here’s my appeal to you young law students and lawyers: Go for the verdict.

Make your career in the court room, fighting for your client. Let your record send a message that you aren’t afraid of juries, in fact, you trust them to do the right thing. The scales need to be reset to even.