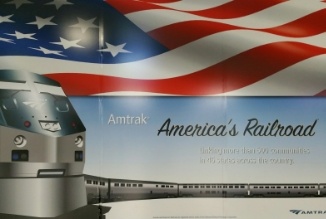 They knew what to do, but chose not to do it
Even as we try to sort out what lead Amtrak #188 to accelerate into a curve in Philly, which required deceleration, we are reminded that the very railroad which is supposed to be the prototype for safety for all others, is not keeping up.
Investigation has lead to published reports that the engineer of Amtrak Train #188 actually complained about the under-utilization of Positive Train Control back at the time of the 2008 Chatsworth, CA derailment. That crash lead to 17 deaths and hundreds of injuries. That crash would have been avoided by use of PTC. Then in 2013 we saw the deaths of 4 more and injuries to almost another hundred as a result of the Metro-North derailment at Spuyten Duyvil. One month later PTC was installed that would have avoided the crash.
But PTC has been on the NTSB most wanted list since 1970! Was this type of disaster foreseeable? Yes. How much more evidence do we need?
Here is a quote from my post from over a year ago:

Read that full post here.
Twenty-five years of formally recommending the very technology that would have let seven innocent trusting passengers return to their families.
So lives depend on it, and lives have been lost because the federal railroad didn't listen to the federal safety agency. Should bad operator conduct be ignored? No. But we have always been able to anticipate the need for safety measures.  Should we skip seat belts because we trust our own driving? Of course not.
Today we are also learning that there will be no charges against the engineer of the December 2013 Metro-North crash. This is a perfect example of knowing we need a safety net.  Amtrak, and all railroads, are acting recklessly every single day they don't heed the dire warnings of the safety board.
Photo by Marc Wietzke